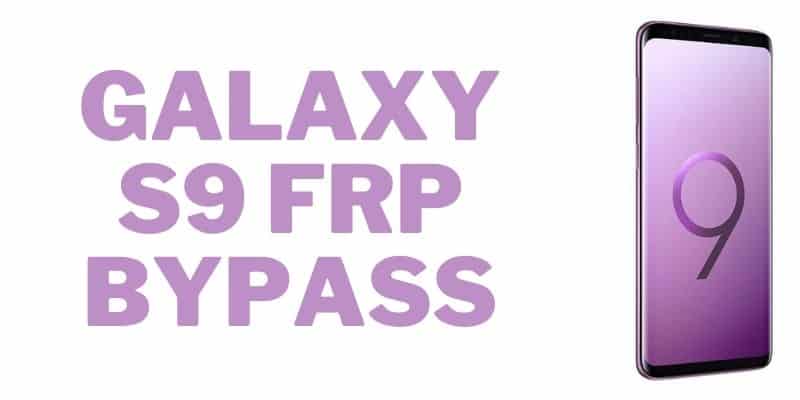 The Samsung Galaxy S9 & S9 Plus was released with Android 8.0 Oreo and you can still upgrade it to Android version 10 One UI 2.5 Android security patch level November 1, 2021. The reason for listing the current version is to tell you that Samsung is still releasing security updates for it, meaning that it will not be easy to bypass Google account on it if your device is running November 2021 security patch level.

If you’ve bought a 2nd hand Galaxy S9 or S9 Plus from the market or eBay with FRP lock then read this guide till the end as I will give you all the possible solutions you need to know to remove the Google Samsung account successfully.

After a hard reset, when setting up your Galaxy S9 you’ll see a similar notification like this one before you connect to WiFi “an unauthorized attempt has been made to reset your device to factory default settings Samsung. Connect to a WiFi or mobile network to verify your identity.”

On the final screen, you’ll get this message, “This device was reset to continue sign in with a google account previously synced on this device.”

The Google account verification screen on Galaxy S9 should be similar to below. 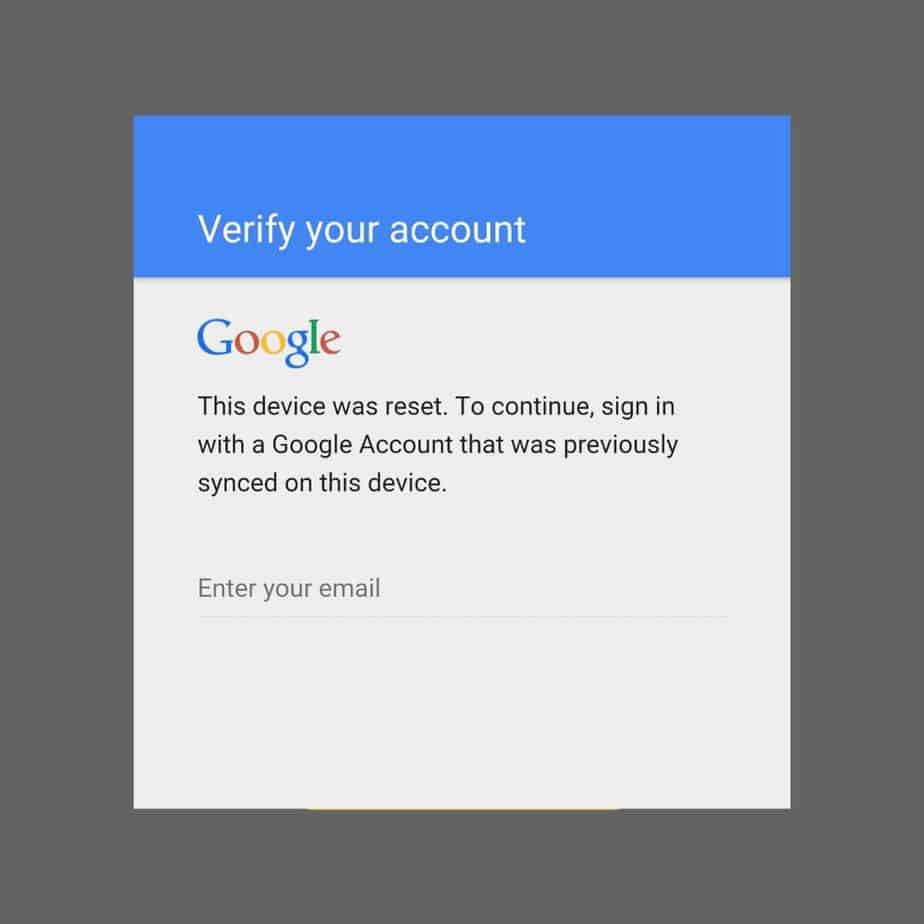 Factory reset protection on the Galaxy S9 was easier to remove on Android 8 and as Samsung releases new security updates for it gets harder to bypass FRP on it. You’ll be lucky if your phone is running Android 8 because you have got a 70% chance to bypass it using some of the popular FRP bypass methods.

In case your S9 is running Android 10, I will later give you some working methods but that is not FREE but quite effective to FRP unlock Galaxy S9 within 5 minutes using a remote FRP unlock service.

How do I turn off FRP lock on Galaxy S9?

To turn off the FRP lock on the Galaxy S9 you need to download the FRP bypass app on your locked phone browser and install it. The frp apk will help you to add a new Google account to your phone. Once you add the new account, you need to restart your phone. The phone will now not ask for any Google account and you can easily set up a new phone.

I have explained the process in simpler words! But is it that easy? Of course not, the process is complicated and may not work on Android 10 November 2021 security patch level and could be easily done on previous Android versions such as the Android 9 and 8.

This is a video tutorial showing a Galaxy S9 running Android 9 with Google lock. I have shared the video tutorial because the bypass method is a bit complicated to understand without the visuals. The method is using a SIM card with PIN lock security and entering SIM card unlock PIN wrong almost 8 times until you get to the Notification Settings to access Google Chrome browser and download the frp apk files.

Warning ⚠️: You need to use a Nonactive sim card as this method will damage it and you won’t be able to use it to make calls. You’ll need to replace the SIM.

Also, try this method only if your phone is running Android 9, otherwise, it will not work to bypass Google account.

How do I remove a Google account from my S9?

The only 100% working method to remove a Google account that will work any time you want even with the 2022 security patch level update is to use our Google FRP unlock service. It will work on any Android version no matter the S9 variant AT&T, T-mobile, Verizon, Exynos, or Snapdragon, we can unlock worldwide, United States, Canada, UK, Australia any region you name it.

I have to be honest with you, with the latest security installed on your device, you’ve only a 10% chance to bypass it for free so why waste hours on watching videos and trying bypass tools that do not work anymore?

There are a number of tools and apps that can help you to bypass Google verification on your S9 & S9 plus.

Will these Samsung FRP bypass tools & apps remove Google account from your phone? They all work but it all depends on the Android version. I have been repeating, again and again, old versions are easier to bypass.

Is it possible to Downgrade Android version?

To FRP bypass Google account, I have been saying that older versions of Android are easier to bypass than the latest one, so you probably should get this question, can I downgrade to previous versions? The answer is No, in the past, it was a lot easier to downgrade firmware but not anymore as Samsung is strict with the downgrade policy. In the past though, it was a lot easier.

One thing you can do is to download the same binary of firmware of the same version. Samsung releases updates based on regions, for example, European models may get Android updates in January 2020. However, the same model will get the same update a few months later.